Back in December, we talked about how scarcity and urgency can help build response and persuade people to give.  But in April, we reviewed a study that indicates that a deadline actually suppressed response rates and that that suppression is only lifted when there is a good reason for a deadline, like the end of a matching gift.

So how does urgency affect an appeal?

Two researchers took a look at this with a large Danish charity. 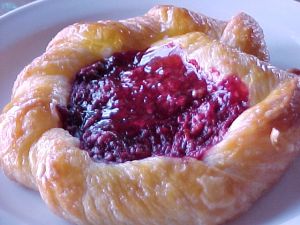 In email, they had four test groups.  All received the same email with the subject line “Lokwang is grilling rats”.  This isn’t actually the first half of a Cold-War-era spy passphrase (where the other spy is supposed to say “But the oyster wears a fine green wristwatch”); it tells the story of a child named Lokwang who go weeks without food who eat rats in order to survive.

The only difference in the emails were that they had different deadlines:

Similarly, they ran text campaigns with deadlines two days, three days, and 34 days out.  If a donation was made before the deadline, it would be matched.

The deadlines had no significant impact on the propensity to give.  None.  The researchers found a “now or never” effect that you probably have seen with every email you’ve sent — people generally act upon reading it or not at all.  Text messages, even more so.

Additionally, the increase in urgency was linked to an increase in requests to be removed from the email/text list.  I usually don’t look too much at this as a metric, since often the things that are most effective have higher removal rates (after all, if you have double the open rate, for example, the more people are exposed to the “unsubscribe like.  The only email that would have no unsubscribes to a list of size is the one that was never opened.

What did increase giving was the reminder email/text message.  While this also increased the unsubscribe rate, it also increased giving rates by over 50%, a trade off you almost certainly are willing to take.

So perhaps urgency is not as powerful a force for online donations as perhaps I had thought.  While I’m thinking it still definitely has places in end-of-year fundraising, disaster fundraising, and a few other places where urgency is real, this would tend to indicate that manufactured urgency may be unnecessary and, in fact, counterproductive.

The limits of urgency