But I’m not.  It’s a widely used tool that I’ve found to be effective in several cases and, unlike most tactics, the donors I talk to also seem to enjoy matching campaigns.

Some research can help shed some light on when to use a match and when not to.  Karlan, List, and Shafir published a study in the Journal of Public Economics (and who doesn’t pick that up for a little beach reading over the summer) looking at match rates.

Normal studies tend to focus on whether the match works overall: yes it does or no it doesn’t.  This study, however, gives some guidance on when to deploy a match.  It also cross-deployed the match with a test of urgency, which is one of the building blocks of influence.

So there were four test conditions:

And they did a bunch of other stuff also that is not relevant for our purposes here, including testing different match sizes and timings and such.

The authors found that urgency actually hurt the appeal in many cases (probably, they hypothesize, because there was no particular reason given for the urgency; when it was combined with a match deadline, this negative effect disappeared).

As for the matching gift, there was evidence that it worked, but it only worked for donors who had made their previous gift in the past year.  These donors were 3.2% more likely to donate with a match in place and their average gift went up.  On the flip side, donors who had last given more than 12 months prior had their response rate drop when the match condition was in place.

I mentioned earlier that the donors with whom I spoke seemed to like the tactic and that seems to be supported by this study: active donors do like a match.  However, it seems to bump into trouble when the person has not donated re 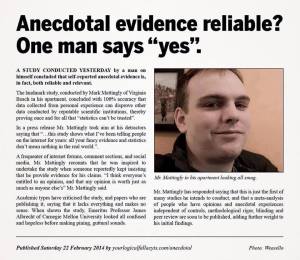 There’s likely one exception to this (and this is based only on anecdotal evidence, so take this with an appropriate-sized amount of salt).

I have found that people who have given to a match before are more likely to give to a match again.  Thus, if you are suppressing out 13+ month donors from your match campaign, I’d counsel you to leave the ones who have shown the tactic has worked for them.

When does a match light a flame?