In 2008, Walmart asked its customers what they wanted.  They said they wanted wider aisles and less cluttered shelves.  So Walmart spent hundreds of millions of dollars to recreate their stores in this image.  Eight straight quarters of sales decline later (for the first time in Walmart’s history), the aisles narrowed and the shelves cluttered once again.  The total cost of the experiment was $1.85 billion.

Or put another way, they basically lost almost all of St. Jude for two straight years.

Fortunately or unfortunately, no one in the nonprofit sector is capable of losing that much money.  But that doesn’t mean we aren’t making similar decisions with ill-researched (see my commentary on donor surveys from yesterday) or non-researched forays that have no basis in what works (coughcouchbrandguidelinescoughcouch).

But there are customer-centric companies that can teach us something about how to get revenues from our donorcentric strategies:

Acceptance of non-total loyalty.  Coke is a company that has customers so loyal that the one time it messed with its formula over three decades ago is still synonymous with “marketing failure.”  Yet 72% of Coke customers also buy Pepsi.

What Coke drives for is what it calls “share of throat” – how much of what you drink can Coke own?  By using this metric, they know that if they can increase your loyalty and experience, they can increase their revenue with you still not giving them your unswerving obedience.

The same is true for us.  As I’ve talked about, our donors are good people who do good things in the plural sense.  Almost all of them support multiple causes and organizations.  That’s fine.  What we want to be able to do is create an experience for that donor that makes them want to give us more (share of donations) than other nonprofits.

Realization that your most loyal donors and your best donors aren’t necessarily the same thing.  The top 10% of most loyal Harley-Davidson riders – are probably the people you think of when you think of Harley riders.  They have the tattoos.  Their bikes are pristine.  They are a part of the Harley Owners Group (HOG) and have Harley merchandise.

And they are only 3.5% of Harley’s net revenue.  The reason is that these riders probably own “only” one Harley and likely a lower end model.  On the flip side, the (wealthy) motorcycle aficionado may have ten bikes, three of which are Harley’s.  A less loyal customer, but a more valuable one.

Harley’s strategy is a premium strategy.  Not in the sense that they mail their potential owners with Harley address labels and stickers (although I would love to see that!), but that they intentionally make sure they have fewer bikes produced than are desired.  As a result, they can charge a premium price.

They could realign their business about the most loyal customers.  This would likely involve producing more bikes so these loyalists, who are likely to be price-sensitive in their other purchases, are able to have an easier entry level into the market.  But they don’t, because that is not where their bread is buttered.

Similarly, you likely have a frequent tipper audience.  They give you $5 or $10 often when you mail them.  They have been on your file for a number of years.  They are loyal.

But they aren’t for whom you are designing your high-dollar donor newsletter or your handwritten CEO letter.  You are looking for the folks who are capable of making a large or transformative gift.  And high-touch efforts require this level of upside to be worthwhile.

Design around experiences.  I strongly recommend Experiences: The Seventh Age of Marketing by Robert Rose and Carla Johnson.  I won my copy thanks to my knowledge of Firefly/Serenity, but would gladly have paid. 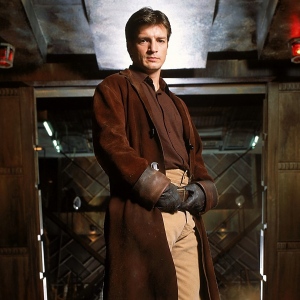 In it, they talk about how what we are seeing more and more are how microexperiences (and micromoments) are adding up to create the totality of our brand impressions.

So, as we urged with our donor surveys, it’s good to measure what your donor’s experience is with your organization (and former donors) to make sure it ties to what matters to your donors.  There’s a reason people go to Disneyworld, when you can go to a closer and cheaper amusement park.

Lessons in donorcentricity from the for-profit world