It is an article of faith that names have power. In Genesis 1 and 2, Adam names the animals as part of his dominion over them. Many wizards in the Potterverse dare not speak the name of Voldemort, choosing He Who Must Not Be Named instead. Shakespeare asked what was in a name and it turned out it was quite a bit, given the death toll at the end of that play. Rumplestiltskin, Isis versus Ra, Doctor Who, Bilbo in Smaug’s den, YHWH, and so on: so much of our myth and mythology is about there being power in what something is called.

The truth is that, because of nominal biases, what something is called matters. I’m cheating a bit with this topic, because this isn’t one big cognitive bias, but a few different ones. They can have an impact on your direct marketing language.

People tend to prefer things, people, objects, etc. that are easy for them to understand. (study here). This is known as the fluency bias. There’s a reason that only eight names cover more than half of our presidents (James, John, William, George, Thomas, Andrew, and Franklin (which used to be a lot more popular than it is now)). Names that are more common help people rise faster in occupations. Believe it or not, stocks that have ticker symbols that can be pronounced as words outperform stocks that can’t be.

Our brains are more persuadable by things that are easy to read and to hear. Winston Churchill, winner of the Nobel Prize for Literature (and he did some other stuff), talked about how he intentionally chose words with few syllables in his speeches. As a result, they have a fluency that sticks in the mind.

Even as an American, I can easily recall more of Churchill’s rhetoric (“this was their finest hour”, “an Iron Curtain”, “we will fight them on the beaches”, “blood, toil, sweat, and tears”) than FDR’s (“a day that will live in infamy”, “all we have to fear is fear itself”, and I hit a wall).

So never select a gargantuan word when a minuscule one will suffice.

Of course, the most fluent name for something is one’s own name. Believe it or not, people who have the same initial as a hurricane give more in disaster relief to that hurricane. The theory is that people want to distance themselves from the act that “they” are committing.

This works in other ways as well. I once tested state-specific victim stories in direct mail pieces. In half of them, I indicated that the story came from that person’s state; in half, I didn’t. Response rates went up an average of 30% when the story presented in a place the person was familiar with. Thus, customization to personalize the details of stories to your audience can raise more money.

Details also have a powerful nominative effect. In the classic Made to Stick, which I strongly recommend, the Heath brothers relay the study that stuck in my mind as the Darth Vader toothbrush study. Simulated juries were given eight facts for and eight facts against. 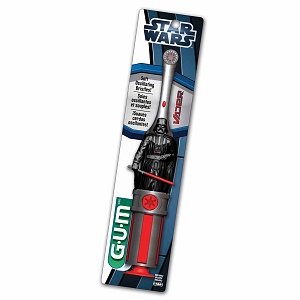 The stories differed only in detail. Half received irrelevant details for the good side: e.g., instead of just “Mrs. Johnson sees to it that her child washes and brushes his teeth before bedtime,” they added “He uses a Star Wars toothbrush that looks like Darth Vader.”

The other half received irrelevant details for the dark side: e.g., in addition to “The child went to school with a badly scraped arm which Mrs. Johnson had not cleaned or attended to. The school nurse had to clean the scrape,” they mentioned that the school nurse spilled the treatment, staining her uniform red.

There is also a framing effect to word choice. Everyone in the abortion debate wants to be pro-life or pro-choice and not anti-life or anti-choice.

I find this to be especially true for verbs. Ideally, you will be able to ditch adverbs like ideally and have your verbs do the heavy lifting. In a study, witnesses were asked how fast two cars were going when they crashed. Except instead of crashed, the authors tended a few different verbs; here are the results:

Let me stress this: they watched the same crash. All that was different was the word that the question used and you still see an impact of almost 30%.

So how can you improve your own copy? One solution is Hemingway, an app that allows you to upload your copy. It then highlights long sentences, adverbs, passive constructions, etc. The reading ease score that comes with Word or similar software can also help.

Or ask a child to read it and see what s/he thinks.

Hope this helps your writing! If you would like some more of my favorite writings of the week, please sign up for my weekly newsletter, which has the feature “favorite thing I didn’t write this week.” I’m very creative at naming things.

What’s in a name? Word choice in direct marketing