Getting lapsed donors to reactivate is second only to getting the second gift in terms of its importance on keeping your program from bleeding donors.

I often give Blackbaud a hard time, but the point in their report that you much treat lapsed donors differently is vitally important. The cost to (re)acquire is usually lower than the cost to acquire a new donors, and they almost always have better retention rates (remember how I said to track lapsed reactivation retention separately? This is why) and higher average gifts than a newly acquired donors. In fact, because of this, you should be willing to spend more to reacquire donors than to acquire them anew.

But at the same time, you can throw money away in lapsed reactivation just as easily as you can in acquisition. It’s little use to try to get someone back who, well, 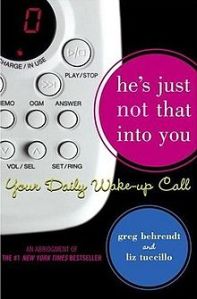 In an ideal world, you would be using modeling to find out which of your donors are most likely to reactivate. But in that ideal world, there would be no need for nonprofits, so it’s pretty clear we don’t live there. Yet.

So what can you do quickly, easily, and most importantly cheaply? Here are a few ideas:

Identify lapsed donors who are giving to other organizations. An ideal way to do this is by joining list cooperatives, as recommended in the acquisition post. This will lead to the modeling discussed earlier. Another way of doing this is in your merge/purge process. As you rent outside lists, you run those against your file to make sure you aren’t paying for people who already have as donors. If you mark these donors who match outside lists, you will have a good indication of who are donating to other organizations (and, hence, are still alive and philanthropic generally). These lapsed donors will generally perform better than the average lapsed donors.

Identify people who just aren’t responding. Unfortunately, you can’t tell who is or isn’t opening an envelope and people may not answer a phone call for a few reasons not having to do with lapsing. However, you can tell who is and isn’t opening your emails. If you can run a report for people who haven’t opened an email in the past, say, six months, first of all, don’t email those people as much. This is a topic for a separate post, but just because you can email everyone at no marginal cost doesn’t mean you should email everyone. Suppressing these supporters for most emails will help your delivery and open rates and also help you specialize your tactics. The more salient lesson for lapsed donors is if someone isn’t opening your emails, yet their email address is still good, chances are they aren’t in love with your organization anymore and less likely to renew.

You also may want to see how many times you have mailed someone and see after how many times people in your file generally have their response rate fall off. If very few in your organization give after being solicited 24 times without a response, you may want to make this a part of your lapsed suppression criteria.

Go to the familiar. If a piece worked for someone before, send it or something like it to them again to try to reacquire them (whether an acquisition or a donor piece). This is why I recommend mailing deeper into lapsed categories for people who have given to that piece in the past. Similarly, finding messaging similar to what someone has responded to in the past makes someone more likely to respond.

Vary your messaging. This seems like it might contradict the previous one (and it does). But after so many times, messaging can also lose its effectiveness, so you might try a new tactic someone hasn’t seen before to attract them back.

Know who is worth getting back. Remember that lifetime value calculation? You will want to make sure that you aren’t investing to get people who will not pay back their investment in the long term. If someone donates $5 per year and it costs $5 to get that donation, then no amount of investment should be expended to get that person back.

So those are some retention basics in terms of technique. But the biggest thing is to treat your donors like humans – addressing your appeals to their desires and treating them politely and like an individual.

Thanks for reading and let me know if there are other topics you’d like covered.